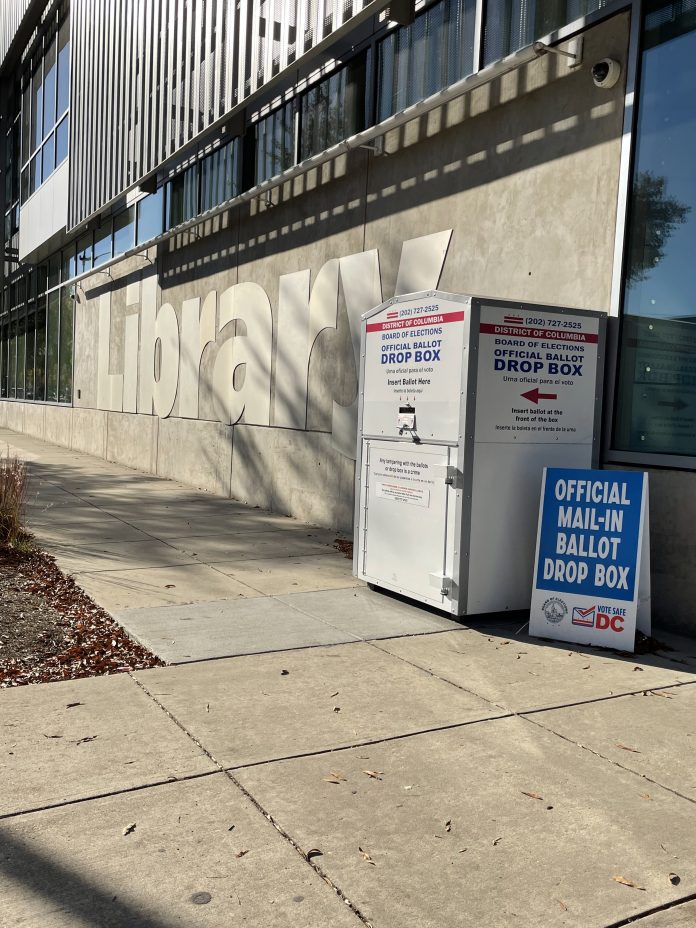 Beginning at 7 a.m. Tuesday morning, voting places across the District opened for the last day of voting in the 2022 midterm elections.

90 in person stations in all eight wards of the District were open until 8 p.m. Despite the option for mail-in and early voting, many people chose to cast their ballots on Election Da.

A steady flow of voters trickled in and out of Martin Luther King Jr. Memorial Library on Tuesday. Alicia, an Eckington resident, expressed excitement about the opportunity to vote in the midterm elections.

“Voting is something that I do,” she said. “It’s a shame that it’s not more celebrated; it feels like a celebration to vote.”

Neela Rathinasamy, a Bloomingdale resident, dropped off her mail-in ballot in a ballot box outside the library building. She said the process of voting was key to her participation in the election beyond the specific issues.

“I think it’s really important to have a viewpoint and to take part,” Rathinasamy said.

Brian Barnett, a District resident, said he chose to wait and vote in person on Nov. 8 rather than early or by mail in order to gather all of the possible information about the candidates on the ballot this year to clarify his choices.

But none of the candidates really stood out, he said.

“I really wanted to see of people would stand for something to motivate people to get out and vote, so I just waited,” he said. “But that never really happened, so I thought “it’s Election Day I [should] show up and vote”.”

Janice Underwood, a lifelong Shaw resident, agreed. She expressed frustration with the lack of action from politicians on jobs, housing and crime in her area.

“It seems like none of it is getting addressed,” Underwood said. “To me, it’s like the politicians want us to think this is the norm, but it’s not the norm.”

What’s on the Ballot

The midterm election ballots include a Delegate to the House of Representatives, the DC Shadow Representative, DC Mayor, Attorney General, DC Council Chair, two At-Large Council members, ward Councilmembers for wards 1, 3, 5 and 6; Ward Members of the State Board of Education and an Advisory Neighborhood Commissioner (ANC) for each individual’s Single Member District (SMD).

Initiative 82 is also on the ballot. If passed, the measure would gradually increase base wage to tipped workers from current $5.05/hour to minimum wage by the year 2027.

Barnett said the proposal was one of the key issues on the ballot this year.

“Servers should get paid a living wage and they should not have to live off of sub minimum wage,” Barnett said. 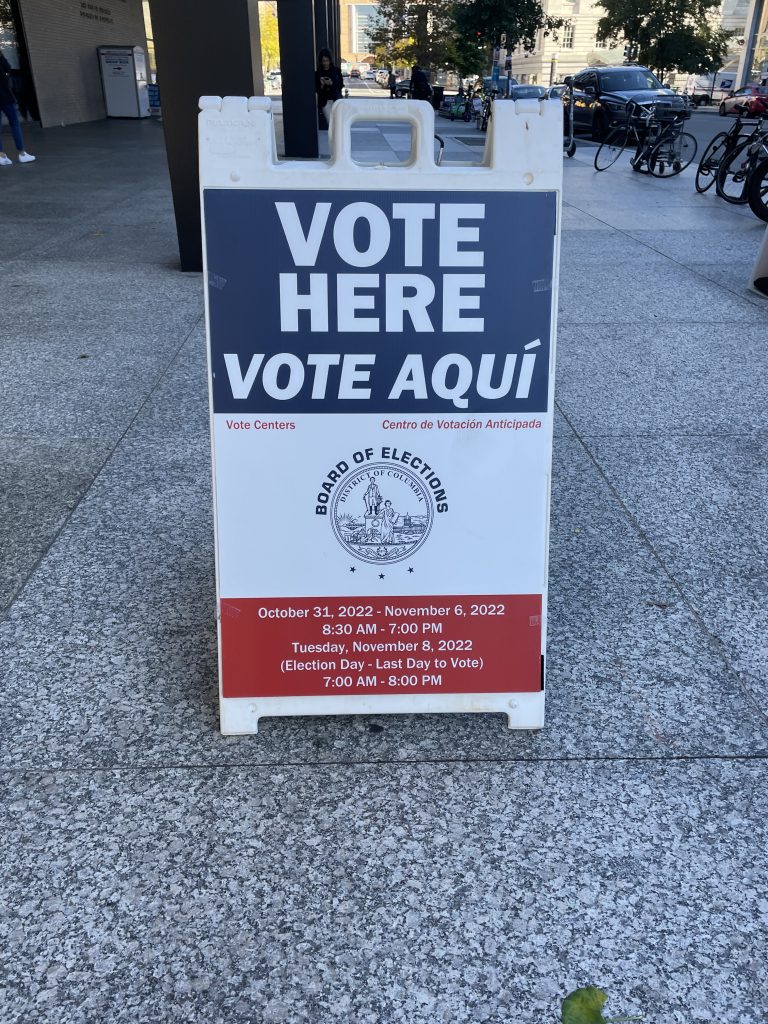 Unofficial election night totals will include ballots received by mail and at ballot boxes by Nov. 7 as well as the ballots cast at in-person voting centers across the District. Mail-in ballots will continue to be counted until Nov. 15, and totals will be updated on dcboe.org.

The District Board of Elections is expected to certify the results of the election by Nov. 30.

Sarah Payne is a general assignment reporter for Capital Community news. She can be reached at sarahp@hillrag.com.