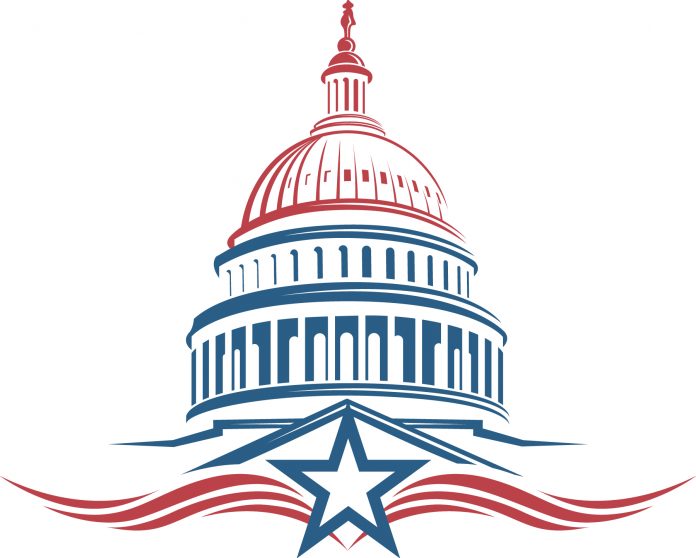 The marquee race on the ballot is for two of the five at-large seats on the Council. However, the District Home Rule Charter reserves two of the at-large seats for non-Democrats. Incumbents Anita Bonds (D, anitabonds2022.com) and Elissa Silverman (I, elissafordc.com) are competing in an eight-way contest that includes incumbent Democratic Ward 5 Councilmember Kenyon McDuffie (D, mcduffiefordc.com), who was ruled ineligible earlier this year to run for Attorney General as a Democrat. Also running are Republican Giuseppe Niosi (niosi2022.com), Green Party candidate David Schwartzman (dcstatehoodgreen.party/candidates/David-Schwartzman) and independents Fred E. Hill (fredhill4councilatlarge.com), Karim D. Marshall (marshallfordc.com) and Graham McLaughlin (grahamfordc.com).

The race to date has mostly focused on public safety, the District’s housing crisis and the state of District education. Where do the candidates stand?

This year’s rise in crime has been a major focus during primary debates. Bonds supports Mayor Muriel E. Bowser’s (D) proposal to expand the ranks of the Metropolitan Police Department (MPD) to 4,000 officers. While a “big proponent of community policing,” Bonds believes more officers could both improve the police department’s clearance rate in solving crimes and help increase the public’s comfort.

“I really and truly believe that we need to see more officers on the streets,” Bonds said at last spring’s Hill Center forum. “People feel comfortable when they see an officer in their community and we just don’t have officers in our community as we once did.”

Hill and Niosi agree, but take it a step further. The police are being under-resourced and under-staffed, they argue.

“When the guns are going off, nobody’s dialing “love, peace and understanding,” they’re all dialing 911,” Hill said. “And if you don’t have the officers and the first responders there to respond to that, we’re all going to be in worse shape than we are now.” Hill would raise salaries for police officers by 30 percent.

The Council has been unresponsive to “rampant crime” in the District, Niosi argues. Police face understaffing, underfunding and antiquated technology.

“Our neighbors, including small children, are dying because the Council continues to slap our police force in the face,” Niosi said in an August press release. “They bow to national progressive special interests at the expense of lives here in the District.”

Meanwhile, Marshall is tired of debates over the number of city police officers. There should be more of an emphasis on how they are trained and recruited instead, he states, pointing out the recommendations of the police reform commission were largely ignored.

“To destroy crime, you have to eliminate the parent of crime —poverty,” Marshall says, pointing to additional opportunity for youth and a focus on rehabilitation for youth crime as solutions.

Silverman agrees. The recommendations of the DC Police Reform Commission still need to implemented, she says. DC needs to work to build community trust in police. In particular, the commission’s recommendation to pair behavioral specialists with MPD officers needs to be implemented, she says. Traffic enforcement should also be moved from MPD to the District Department of Transportation (DDOT).

McDuffie points to his authorship of the NEAR act. “We need to double down on the work,” to emphasize accountability for crimes. “We cannot simply focus on law enforcement, we have to focus the opportunity side of the equation,” he says. He believes the answer lies in expanding job training and providing more economic opportunities.

Schwartzman supports “defunding police” and redistributing funds to other programs. The NEAR Act, he says, should be fully implemented. In particular, he supports the creation of an office of violence prevention in the DC Dept. of Health. He wants to equip The Civilian Complaint Review Board with subpoena powers to better hold officers accountable.

McLaughlin believes a multi-level approach is necessary. In conversation, he called for a “social contract” that provides universal childcare and good education. Still, an adequate force is necessary to hold people accountable if they hurt others, he says. Prosecution and incarceration are necessary, but jail needs to be reconsidered to be more therapeutic and prepare returning citizens for re-entry into the community.

Bonds currently chairs the Council’s Committee on Housing and Executive Administration. DC has been recognized as a national leader on affordable housing, she has proudly pointed out during primary debates. “Building, preserving and providing housing at a rent that residents can afford are challenging processes, but DC is slowly overcoming,” she says. She is committed to working to ensure that every District resident has a safe, sanitary, and affordable place to call home and pushing for policies that expand tenants’ rights and preserve and increase of the District’s affordable housing stock.

McDuffie, another incumbent, agrees. New housing should be built across the city. He touts Mayor Bowser’s efforts to distribute new housing more equitably across the city.  He credited his legislation with establishing affordable housing set-aside requirements when District-owned land is being disposed for the development of multi-family residential projects.

Bonds has had her record challenged. During a debate at the Martin Luther King Jr. Memorial Library, Marshall criticized her committee’s oversight of DC’s housing agencies. Bonds “is kind of asleep at the switch,” he says. The city needs a way to leverage the more than 10,000 vacant homes across the District into affordable housing, he suggests.

Piling on, Schwartzman pointed out the Housing Protection Trust Fund (HPTF) has not meet minimum requirements for affordable housing in the law, according to the DC Auditor. Those requirements should be increased in the short term, he says. A longer-term solution he suggests, is for DC to “decommodify housing” by adopting a social housing approach and supporting community land trusts with rent set at 30 percent of household income.

Hill criticized the city’s definition of affordable. DC, he argues, should reformulate the Average Median Income (AMI) to exclude its suburbs, “two of the wealthiest counties in the country.” He joins Marshall’s call for greater oversight of developers. Project plans that start from high-proportion affordable housing rarely still include them when built, he claims.

Silverman, a member of Bond’s committee, has been a persistent critic of the operations of the HPTF. She has also questioned the operations of the DC Housing Authority (DCHA). In the Council’s discussions on the Comprehensive Plan, Silverman, while a strong supporter of historic preservation, called for increasing residential density and housing for the lowest income brackets. Affordable housing should be located in affluent communities as well. The preservation of affordable housing stock should be the city’s highest priority, she argues.

McLaughlin largely agrees with Silverman. Housing, he argues, should be built throughout the city, particularly near transit hubs in wealthier neighborhoods. He also calls for the preservation of the current affordable housing stock. However, councilmembers, he believes, need to get more involved in the weeds of housing development. DC must use every tool available, increasing density, expanding two and four-unit zoning, partnerships with faith-based institutions, to build more affordable housing, he believes.

With the post-pandemic return of District’s students to in-person learning, education is at the forefront of voter concerns. With DCPS teachers working without a contract for three years, the public school system appears to be in crisis. Most of the candidates faulted the mayor.

Hill calls for the elimination of mayoral control. He criticizes Council for inadequate oversight. “The only way we’re going to fix that part is if we change from those people who sit in those seats right now,” he says. Bonds disagrees. She is a strong supporter of the mayoral control.

Silverman splits the difference. High-need schools are not seeing the benefits of mayoral control, she argues. Placing education under a standing council committee will lead to more effective oversight, she argues. In addition, the school funding formula needs to be reexamined, because it leaves schools with high-needs students with insufficient resources. She calls for the creation of baseline funding, ensuring every school would have key personnel such as nurses.

McDuffie did not weigh in on mayoral control. Different schools have differing resources and needs and also different resources, he says. There is a need to make sure funding is equitable, pointing to issues with funding transparency, particularly the way in which at-risk dollars are spent, he argues.

There just needs to be a single person to hold accountable, Marshall contends, whether the mayor or a superintendent. The system also requires more council oversight. Planning should become a function of the education committee and for smarter budgeting, he says.

McLaughlin calls for a unified educational plan encompassing both public and public charter schools. Just by looking at school modernizations across DC, anyone can see the inequities in education, he says. He claims it is impossible to assess the effectiveness of the District’s $450 million in at-risk student funding. “We need to get into the details and find where that money is and hold folks accountable to ensure the money is going to kids that need it,” McLaughlin says. McLaughlin would fund The Birth to Three Act. He supports engaging in high impact tutoring for grade two students, as they switch from learning to read to reading to learn. He calls for the District to create pathways for post-graduation, either to college or to trades.

Niosi believes mayoral control has led to greater accountability. He strongly supports school choice. Parents can be trusted to know what is best for their children, he argues. However, the inadequate state of some school buildings makes choice uneven. The Council should examine school maintenance policies and reevaluate the school budget process, he says.

Learn more about the 2002 General Elections at dcboe.org/Elections/2022-Elections