Storm Lake
Here’s a paean to journalism, old style.  It’s also a near obituary for shoe leather journalism as it was practiced, especially in America’s small towns. It is also a chronicle of a close-knit family, the Cullens, who don’t want their decades-long work to die along with America’s small newspapers. Told in the no-nonsense tones of the laconic Midwest, “Storm Lake” mixes a bit of Lake Woebegone with “All the President’s Men” (the film runs 85 minutes and is not rated—though it contains nothing objectionable).

The Storm Lake Times has been a paragon of news coverage in north-west Iowa for over 30 years. The biweekly paper, in a town of 15,000 souls, is the most important one in rural Buena Vista county. The area has been a super-red state for years, though the editor, Art Cullen, is one of the town’s leading liberal voices.  It is also the home of a couple of America’s agricultural corporate giants, including Tyson Foods, one of the state’s most important immigrant employers and source of local diversity.

Art works with a bevy of other Cullens, including brother John, the publisher who founded the paper; Delores, Art’s wife and a reporter and photographer; and Tom, the paper’s lead reporter and Art’s son. They are devoted to their work (Art won a 2017 Pulitzer Prize for political reporting) but are concerned with their future as their once-ample ad revenue has plummeted in the last decade,  and they struggle to get out of the red.

Shot beginning in March 2019, “Storm Lake” also offers a timely capsule of the beginning of the 2020 presidential campaign.  The last third of the film shows the idiosyncratic Iowa caucuses, exhibiting the nitty-gritty of the campaign as it tumbles to its February conclusion, a unique collection of mini-polls to determine delegates for each party. This is grassroots (maybe corn-fed) politics, but utterly lacking the nasty tenor of our recent national political scrimmage.  The film’s chronicle ends with a (soft) bang, as COVID-19 slowly works its way into Iowa—especially at the Tyson plant–and leaves us with the vision of an empty newsroom. Still, the staff of the Times looks to resuscitate itself and keep the real, local news coming.

Art Cullen, with a mop of white fly-away hair that recalls the mature Mark Twain, is the unbidden star of “Storm Lake,” (ably directed by Jerry Risius and Beth Levison) the steady, reasonable voice for an enterprise in crisis. He is also the voice of the Times, whose editorials, well-argued and good-humored, won him the 2017 Pulitzer Prize and captured the native wisdom of Iowa.  You see him as a good guy to have a coffee with.

Most of the other Cullens also get their innings, but wife Delores and son Tom stand out. Delores, working as both beat reporter and staff photographer, proves to be a level-headed and good humored scribe, while Tom does steady work on local stories while representing new ideas to help the paper survive.

In its soft-sell and amiable way, you admire the Cullen’s attitude and work ethic.  It might be very nice to wake up in Storm Lake with your morning coffee and read the Times twice a week.

Lansky
The Hollywood mob story has a long and illustrious (and seedy) history, from “Little Caesar” to “The Irishman,” with scads of crude B-pictures in between. “Lansky” is just the latest, but with a figure less known to the public.  Not exactly a masterpiece, it dutifully fills in the blanks about one of America’s lesser-known, if important, criminal minds (the film is rated “R,” runs 119 minutes, and opened June 25th).

David Stone (Sam Worthington), a divorcee and down-on-his-luck novelist, gets the opportunity of a lifetime with a surprise call from infamous mob accountant Meyer Lansky (Harvey Keitel), offering Stone a chance “to tell you my life story” toward possibly publishing a biography. It’s 1981, and Lansky has long been living in Miami, where the interviews take place.

For decades, law enforcement authorities have been trying to locate an alleged $300 million fortune the mobster spirited away before he quit the crime life, and the FBI sees the Lansky interviews as their last chance to capture the aging boss of Murder Inc. and his stash before he dies.

The film’s screenplay (by director Eytan Rockaway) toggles between the Miami scenes and the life story of the poor but brilliant Jewish kid, Meyer (John Magaro) who teams up with the tough mug Bugsy Siegel (David Cade), the two eventually forming the brain and brawn of an ever-growing criminal enterprise based on casino gambling and extortion.  Overall, the flash-back story contains more energy and snap (some of it ending in brutal gun killings) than the more pedestrian interview sequences held in an anonymous coffee shop. While the back story sees the gradual development of a mob CFO, the more contemporary material seems wan, accentuating the sardonic philosophizing of the Old Man up against the naïve writer.

The 1981 scenes are also relatively tepid when compared to the historic ones. As much as we see the two fence over incident and language, no clear direction of Lansky’s career reveals itself, except one of facile enrichment. Stone, as depicted by the stiff Worthington, seems not only clueless, stuck in a nondescript motel room in the Miami boonies, but witless, as he laments his lost family, has a vapid affair, and generally whines about his fate. His character pales in comparison to the younger Meyer, played by the surly Magaro, a math whiz who helped sustain the mob’s criminal empire.

Back to the Real (Reel) Movies!
On May 21, 2021, the DC Government altered capacity and distancing restrictions for the city’s movie theaters. The first houses to open on Capitol Hill were the Angelika Pop-Up Theater in near Northeast, currently showing both independent fare and encouraging attendees to reserve tickets on-line. Opening earlier were multiplexes in Georgetown and at Gallery Place.

June has now become a tipping point for revived cinemas as regular venues opened for the first time in more than a year, now with COVID protocols, including limited theater capacity, socially-distanced reserved seating, contactless ticketing, and enhanced cleaning and air purification.  Local Landmark Theaters—like the E Street Theater downtown and Landmark Bethesda–opened on June 11th.  Likewise the non-profit Avalon Theater on Wisconsin Avenue, NW, which opened on the same day, with similar enhancements. Though not in DC, the AFI Silver Theater has now begun taking reservations for its three-screen complex, offering classic foreign films as well as the AFI Docs Film Festival (which began June 22). Finally, in our own neighborhood, 8th Street’s independent Miracle Theater re-opened on May 28.

For those cinephiles starving for the Reel Thing, it’s time to go back to the Real Movies! 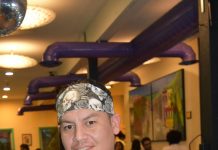 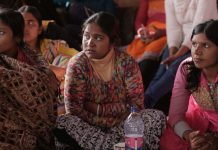 Tour The US Capitol