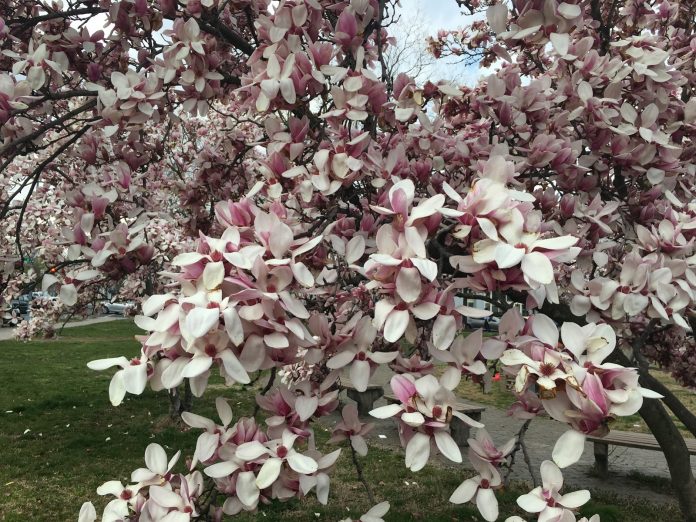 With the peak of the cherry blossoms behind us, the closure of the Tidal Basin was lifted Monday morning and the area is accessible for recreational activities permissible under the mayor’s Stay at Home order, said a spokesperson for the National Park Service (NPS).
Road restrictions are gone and access to the Tidal Basin trails and memorials (Jefferson, Martin Luther King and Franklin Delano Roosevelt) has been restored.

However, not everyone thinks this is a good thing. Congresswoman Eleanor Holmes Norton (D-DC) sent a letter to the Acting Director of the National Park Service (NPS) requesting the closure of the chambers of the Jefferson and Lincoln Memorials after reports that crowds had been forming at the sites over the weekend.

Norton said her letter was motivated by concern for the safety of the general public and NPS employees during the coronavirus.

“Federal agencies must do their part to flatten the curve,” Norton said. “Given the crowds that continue to gather in the chambers of both the Jefferson and Lincoln Memorials, it is no longer in the best interest of the community for these memorials to remain open. I am calling on Acting Director Vela to restrict access to the public until the coronavirus is over.”

A spokesperson for the National Park Service (NPS) said that while the areas are now open, that is subject to change. “We will continue to monitor the situation and should crowd sizes warrant, we have the ability to temporarily close the areas again,” he said.
All restrooms on the National Mall, including those at the individual memorials, are now closed, and there is no parking south of Independence Avenue. All concessions and tours have also been closed, including the Big Bus sightseeing tours, East Potomac Tennis Center and the Tidal Basin Paddle Boats.

If contemplating a visit to a national park during this pandemic, NPS asks visitors to adhere to guidance from the Centers for Disease Control and Prevention (CDC) and state and local public health authorities to protect visitors and employees.

The full list of temporary closures throughout the National Mall is available online at go.nps.gov/MallClosures.