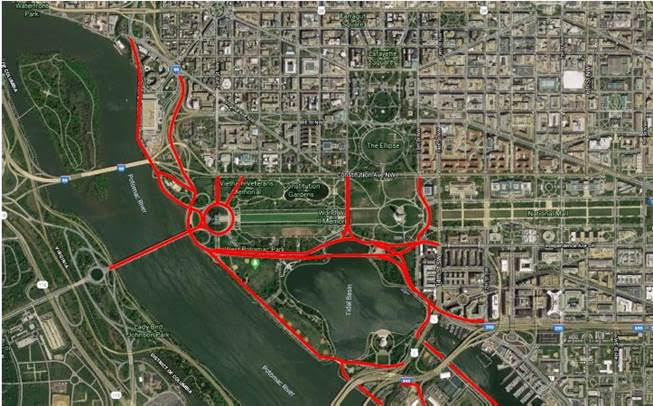 Mayor Muriel Bowser (D) has directed the Metropolitan Police Department (MPD) and DC National Guard (DCNG) to close roads adjacent to the Tidal Basin. In addition, The Mayor has directed MPD and the DCNG prevent access by pedestrians and bicyclists.

Members of the public will not be able to enter the Jefferson Memorial or the National Mall in the area bounded by 14th Street to 23rd Street and Constitution Avenue to Independence Avenue, SW.

These measures are designed to ensure social distancing to prevent further community transmission of COVID-19.

In coordination with the National Park Service (NPS), MPD will close streets and bridges from 7 a.m. to 8 p.m. at the following locations: