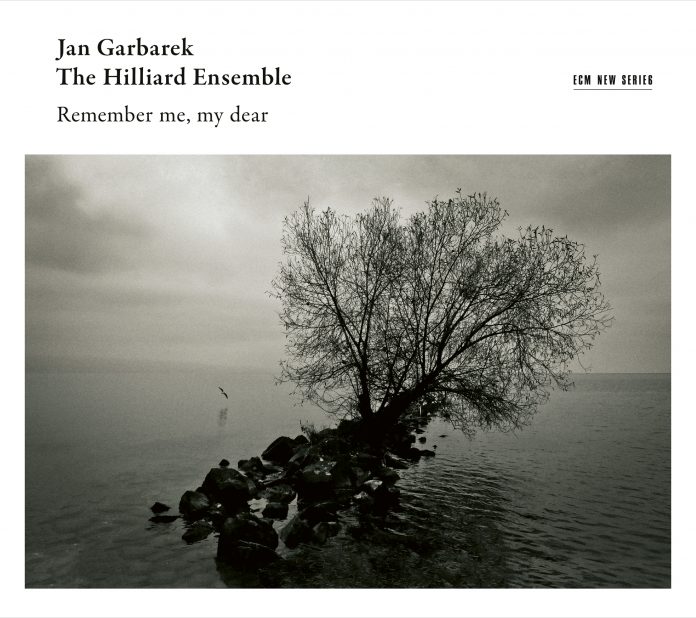 Jan Garbarek/Hilliard Ensemble
Jan Garbarek: soprano and tenor saxophones
The Hilliard Ensemble: David James: countertenor
Rogers Covey-Crump: tenor
Steven Harrold: tenor; Gordon Jones: baritone
The release of Officium, the groundbreaking alliance of Norwegian saxophonist Jan Garbarek and the world-famous English a cappella quartet, The Hilliard Ensemble, 25 years ago was a paradigm shift for contemporary jazz. The music was like the second coming of the Holy Grail, mixing jazz with the mystic invocation of one of the world’s great ensembles of early music. Now comes Remember Me, My Dear, another masterpiece from Mr. Garbarek and the world-famous English a cappella quartet, The Hilliard Ensemble, recorded during the the group’s final tour. The album offers an unforgettable repertoire of early music, contemporary composition, and creative interpretation of materials from Guillaume le Rouge, Arvo Part, Hildegard von Bingen, Pérotin, Antoine Brumel to Komitas,  and more. Highlights include Procedentum Sponsum, Santus, Litany, Remember Me, My Dear, Agnus Dei, We Are The Stars, and Ov Zarmanali. 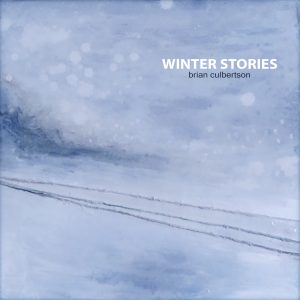 Brian Culbertson, pianist
Brian Culbertson, a resident of Chicago, is another reminder of the city as a haven for great music. Winter Stories is another fine example of winter’s rhapsody and its musical hubris.  This musician’s  inspiration, harnessed from the cold and frigid winter streets of Chicago, is felt in every creative note this contemplative collection of melodic musical “stories” recorded in a jazz trio setting. Mr. Culbertson wrote and demoed one song per day for ten consecutive days. After each day’s session, he’d head back into the cold, taking the demo out for a walk. Upon his return, he’d make adjustments to the composition until “it was just right.”

Mr. Culbertson describes Winter Stories not as a Christmas album, but as a hybrid. “It is very melodic with a pop structure, but utilizing traditional straight-ahead jazz elements – acoustic piano, upright bass and drums with brushes – which give it a ‘holiday’ feel, but also something you can listen to any time since these are all new original songs.” Performers include drummer Khari Parker, bassist Steve Rodby, and percussionist Lenny Castro. The album contains the following songs: “Sitting By The Fire,” “Montana Skies,” “Morning Walk,” “Flurries,” “City Sleigh Ride,” “Waltz For M,” “Island Dream,” “Northern Lights,” “Frosted Window,” and “Starry Night.” 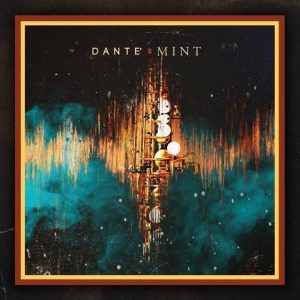 Darren Dante, saxophone
Berklee College of Music graduate Darren Dante, an R&B-jazz saxophonist, has released his debut album, Mint. He said  he knew his first cut “Mint” had to be “something fun to get people moving,” introducing his sound – a fusion of contemporary jazz, soul, funk and pop – with the help of saxophonist Darren Rahn, most notable on  “Vibin’ Out.” The melodies and rhythms on the session were played by an accomplished crew consisting of guitarists Darrell Crooks and Allen Hinds; keyboardists and programmers Mr. Rahn, Greg Manning and Daniel “Doc Junya” Hargrove; bassists Anthony Crawford, Nate Kearney and Mel Brown; and drummers Eric Valentine, Tarell Martin and Nate Barns. Mr. Dante’ produced Mint with Mr. Manning, who co-wrote and plays piano on the Japanese tinged, New Jack Swing cut “Kansai Groove.” Mint contains the following songs: “Vibin’ Out,” “Breathe,” “Take It Slow,” “Mint,” “Kasai Groove,” “The Wish,” “Before We Begin,” “Best Part,” and “The Wish (Acoustic).”