What Rain?
The rain delay didn’t stop the fun at Crispus Attucks Park’s annual summer celebration Bloomingdale Community Day. The event still included the crowd favorite Taste of Bloomingdale, with many local restaurants and food vendors participating. New this year was an instant crowd favorite, a dog show. Even with the muddy pups, everyone enjoyed the parade.

“The Crispus Attucks Development Corporation’s 15th Annual Bloomingdale Community Day, Yard Sale and Taste of Bloomingdale was a success despite the weeklong downpour leading up to the event. The planning committee made the decision to push the event from Saturday to Sunday based on weather reports,” explained development corporation member Tynesia Hand-Smith. “It was a great call as we were met with a sunny, albeit humid day.”

Though adorable, the dog show did not outshine the delicious food from local vendors. Many new restaurants participated this year, including The Royal, Yang Market and Spark. “It was really fun getting to introduce some of our neighbors to a big part of our shop now,” explained Pete Sitcov of Yang Market. “I was glad to see people were enjoying the food and, at the same time, realizing that Yang Market is more than just the corner store that sells $2 beers and candy. It’s great to feel a part of the neighborhood.”

DDOT Rejects Roundabouts
Bloomingdale residents have long complained about the congestion on First Street NW between Rhode Island and Florida avenues. The connector street is used by many to avoid the chaos of North Capitol Street, leaving neighbors to their gripes as they sit in traffic trying to get more than 10 feet from their homes. The District Department of Transportation (DDOT) announced it was coming to the rescue and installing curb extensions or mini-roundabouts as a way to slow the flow. Then, in a reversal that shocked neighbors and elected officials alike, DDOT rescinded the offer, stating that a camera that showed a driver his or her speed would be enough of a deterrent.

“This is shameful, it really is,” declared President Teri Janine Quinn, in response to DDOT’s comments at the Bloomingdale Civic Association meeting last month. “Everything that you’ve said are things you should have figured out two years ago before you came to us and made commitments.”

Even Councilmember McDuffie was surprised. “After months of discussion about real traffic-calming measures, seemingly much of what was discussed is now off the table, without explanation,” he said in a statement to Greater Greater Washington.

It’s unclear if the Bloomingdale Civic Association and the councilmember’s office will take further action to force DDOT’s hand, but it is highly likely that this issue will be raised at next month’s meeting.

From Horses to Housing
The push for residential and commercial development in the District has required developers to get creative about balancing history with usefulness. While most shy away from structures with historical designations, some see the beauty of mixing the old with the new. Chapman Stables is a prime example.

The structure that has existed since 1906 once housed horses and will soon house trendy DC residents who like the idea of living in a once-grungy utilitarian structure. The condo building will feature many communal rooms, such as a guest lounge and a club room, a full-time concierge and, most importantly for the neighbors nearby, parking for many residents.

The project doesn’t just encompass the original structure; an addition larger than the original section was added to the back to increase the density and usability of the developed space. A private courtyard running through the middle of the somewhat circular structure will be fully landscaped but not visible from the street.

Chapman Stables is named for the original owner of the building, J. Edward Chapman. Originally using the structure to house horses for his transportation company, Chapman quickly adopted the technological advances of the era and was one of the earliest adopters of the automobile as a transporter of goods. In 1911, he expanded and converted the space to suit his growing number of trucks. Many elements of that garage remain, including the elevator shaft and mechanisms that helped to transfer the trucks between floors.

The project is spearheaded by developer Four Points LLC. “We loved the history of innovation of the space and the transfer of uses to adapt to a new environment. We feel like we are just giving this space it’s next life,” remarked John Sunter of Four Points, on the importance of preserving history in the creative process. “Also, we’re gearheads. We love saving the historical elements and wanted to highlight as many original features as we could.” The original back wall, for example, was taken apart, brick by brick, and the bricks were spread throughout the old and new sections of the building to evoke that connection to the old throughout.

The project is set to deliver with a grand opening in June, with the first buyers moving in in July. The building is currently 35 percent committed as of publication. McWilliams Ballard is handling the sales and conducting hardhat tours for interested buyers.

Taylor Barden Golden is a real estate agent with the Stokes Group at McEnearney Associates Inc. A former Hill staffer, Taylor lives in Brentwood with her husband, two dogs and a cat. She’s always on the lookout for new places to explore and ways to spend time outside. Get in touch: taylor@midcitydcnews.com; @rtaylorb. 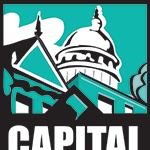 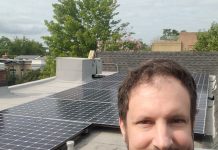 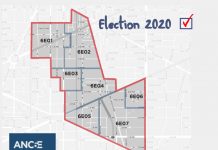