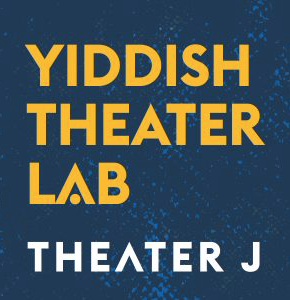 Theater J, the nation’s largest and most prominent Jewish theater, has launched Yiddish Theater Lab. This program is dedicated to preserving and reviving the forgotten literature of the Yiddish Theater. Through this initiative, Theater J will uncover and re-interpret nearly-forgotten Yiddish classics in new English language readings, workshops, commissions and eventually productions.

Yiddish theater was once among America’s most popular art forms, thriving in the late 19th and early 20th centuries. The artists who worked in Yiddish plays and musicals drew from their experience and artistry to become major influencers on early works in film, musical theater and comedy. In its initial year, the Lab will consist of a series of public English-language readings of some of the greater works of the Yiddish theater. The Yiddish Theater Lab will also commission award-winning writer Alix Sobler to write a free adaptation of Peretz Hirschbein’s Miriam, which will have an initial reading in the summer of 2018. All readings will be free and open to the public. edcjcc.org.