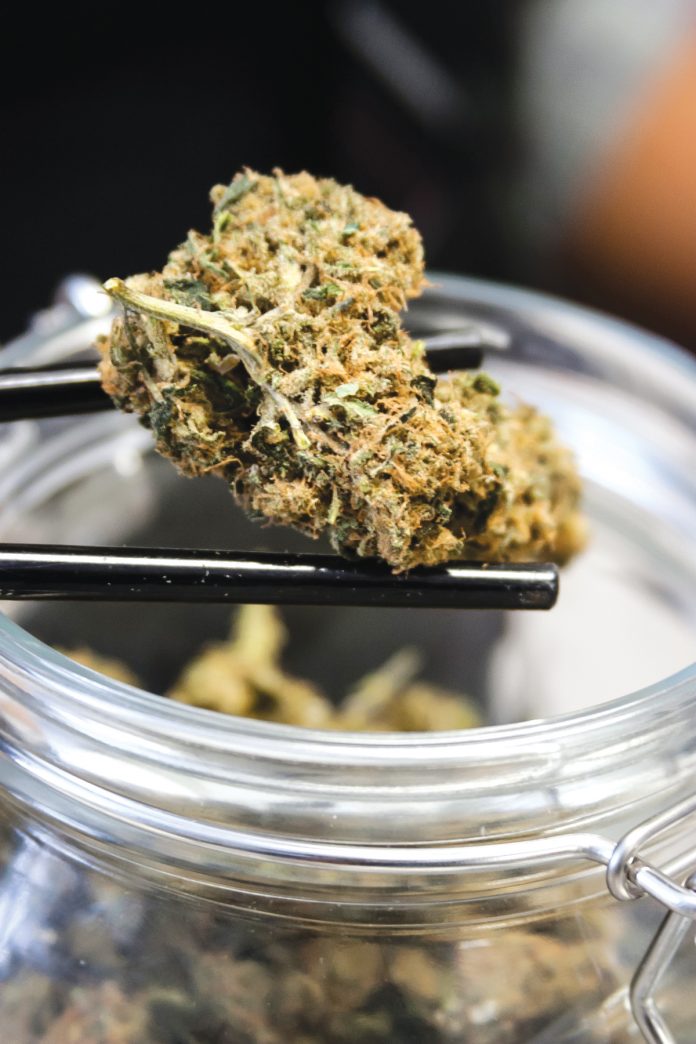 As medical marijuana programs begin to pop up in more and more states, it is time to take a look at what makes a quality cannabis program and how D.C. ranks. According to a poll conducted by Quinnipiac University earlier this year, 94% of respondents want medical marijuana to be legal, but higher acceptance doesn’t always mean sensible laws and regulation.

In fact, getting a medical Marijuana card requires more paperwork, fees, and overall hoop jumping than getting almost any other legal prescription. According to the Department of Health (DOH) website, in order for a qualifying patient to get a medical marijuana card in the District one has to:

In addition, patients report high hurdles associated with obtaining a card including high doctor’s appointment fees, lengthy wait times for cards, and lack of transparency throughout the process.

In order to obtain an arguably more harmful prescription medication, such as opioids Vicodin or OxyContin, a patient would simply need to make an appointment with their primary care physician, explain the issues they are having, and potentially walk out with a prescription on the same day.

“Politically there has to be a big improvement and at the end of the day – it’s all about money,” says Dr. Mikhail Kogan, one of the few and most outspoken certifying physicians in the District. “This whole field is about money and there’s a big pharmaceutical pressure not to prove that it [medical cannabis] works because they know how much the industry will lose. The data is very clear that opioid usage goes down by 25-30%, we have large studies to prove this. That 25% is associated with a few thousand deaths per year.”

What makes a quality program?
According to the Americans for Safe Access (ASA) 2017 annual report, there are five main categories to consider when weighing a medical marijuana program’s success:

And amongst the many facets and considerations in each of those categories (extra points were awarded for significant progressive changes being made from the previous year), Illinois received the number one spot with an overall B+ grade and total score of 89.8%. DC also received a good score: B- and score of 81.2%. To put this in perspective, 44 states and DC have medical marijuana programs and were included in the rankings. Nineteen earned a grade of B+ to B-; 16 states earned a grade of F-.

According to Bob Morgan, former coordinator of the State of Illinois’ medical cannabis program, while Illinois rates low on Access to Medicine and has high prices, it also has civil protections for cannabis users, and high standards for product testing. The state ranks high on communications to medical marijuana patients, such as how-to guides for patient applications and clearly marked locations of dispensaries.

“In general, we have more conditions than otherstates even though it is still not as complete as I’d like to see, but our program is also very strict,” says Dr. Leslie Mendoza Temple, one of the lead researchers and certifying physicians in the Illinois.  “The standard that they put on the cultivators to make sure that there are no spores, lack of pesticide use, and that they are growing with the minimum amount of chemicals is so tightly regulated that of course you are going to have better quality because the growers go by the rules.”

Plant Quality and Pricing in the District
There are several factors that go into pricing a medical cannabis plant in the District and ensuring you are receiving a quality product when you walk into one of the area’s dispensaries.

Mike Cuthriell, President and Founder of Metropolitan Wellness Center, cites several factors that underlie the costs of the plants at his dispensary:

Corey Barnette, Founder and CEO of District Growers LLC, which supplies Metropolitan Wellness with their product cited several regulations that inflate pricing for patients in the area.

“You bear a huge regulatory burden in order to just be able to operate in the District,” says Barnette. “DC just increased the pricing on each cultivator and the dispensary fee just to maintain a license. We bear a cost that is significantly higher. If you are growing in your basement, you aren’t bearing that expense.”

Commercial lease rates, utility rates, labor/salary, payroll taxes/benefits, and the fees for the medicine to be tested are just a few of the costs that Barnette and his team have to take on when growing their product, fairly compensating their employees, and ultimately determining what price they are going to charge dispensaries for their product.

Other issues
Barnette also feels the real issue when it comes to pricing is with the DOH regulations associated with the application and doctor’s visits.

“What we have been unable to tell is why there is a $100 application fee associated with simply seeing the doctor and filling out an application,” says Barnette.

When asked for a comment on why there is a hefty application fee and even a card requirement in the first place, Jasmine Gossett, from the Office of Communications and Community Relations at the DOH, simply stated:  “It goes towards operating costs.”

In addition to costs, Dr. Kogan believes there are several other issues that should be addressed in the D.C. medical cannabis program.

Both doctors and health facilities alike often shy away from associating with medical cannabis due to the fact that it is still a federally regulated Schedule I substance.

Mendoza Temple believes that the lack of physicians that are on board is part of the universal problem with medical cannabis programs.

“A lot of my colleagues don’t even blink over writing a prescription for 60 pills of Vicodin after knee surgery and now look at where we are at,” she says.

Mendoza Temple and Kogan also both agree that the communication between the physicians and the dispensaries need to be stronger with less legal hurdles involved in both of their states.

“I want a direct line of communication from the dispensary to the physician,” says Mendoza Temple. “What are you telling my patients? Just like if I refer someone to a physical therapist they send me a note. They need to figure out their medical, legal, communicating HIPAA type of stuff, but once they get that done, I want a note.”

“D.C. law put in a requirement for physicians to avoid direct communication with dispensaries,” says Kogan.  “To me that makes absolutely no sense. Whenever I make a recommendation I should have the capacity to follow up with the dispensary to say what is going on, I want some feedback. At a minimum, D.C. should start to make a long term decision as to how practitioners should be working closer with the dispensaries; it will definitely improve patient outcomes.”

Councilmember Vincent C. Gray from Ward 7 is chair of the committee with oversight into the DOH’s regulatory practices in the District. When asked for a comment on how the District’s regulatory process needs to improve, he stated:

“I do not believe the District has done everything possible to make it easy for people with health issues who would greatly benefit from medical marijuana to conveniently access it.  I want to ensure anyone whose quality of life would be improved through medical marijuana can get it with as little difficulty as possible. I spoke to someone recently who has Parkinson’s disease and who found the current regulatory process to be unnecessarily cumbersome.  I want to hear more about such experiences and how we can make this easier for people whose symptoms may be improved by access to medical marijuana.”