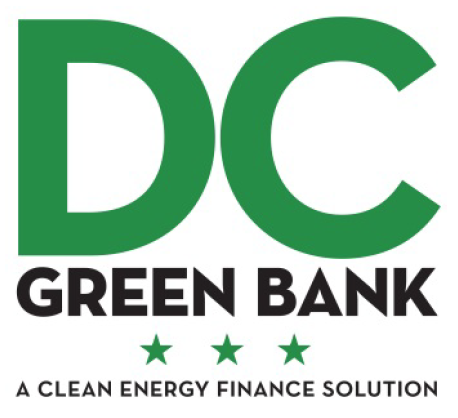 Developers and renovation projects in the District could get financial assistance from the city to prioritize “green” installations through a new bill Mayor Muriel Bowser proposed on March 15.

The legislation would establish the nation’s first municipal “green bank.” Mayor Bowser has proposed that the District invest $7 million per year for five years to fund a Green Bank from a transfer of existing and future allotments in the Renewable Energy Development Fund (REDF).

DC has committed to cutting its greenhouse gas emissions 50 percent by 2032 and 80 percent by 2050, said Department of Energy & Environment Director Tommy Wells. That requires reducing energy consumption, which comes predominately from the heating, cooling, lighting, and other needs of buildings. “The only way to reach the goal is to retrofit buildings and ensure new buildings don’t contribute to the problem,” Wells said.

How the Bank Would Work
The Green Bank would not fund projects entirely but provide guaranteed low-rate loans and reduce the risk factors for private foundations or investors who want to contribute to the projects. If the project defaults on the loan, DC ensures it will pay first, not the other investors. “The idea is – if DC invests a guaranteed $1, then that could entice otherwise wary outside investors to then bring in $5 (in theory),” Wells explained.

“High-end efficiency on energy use will save substantial sums of money over a long period of time,” he said. This saves money and may encourage the building’s owners and renters to explore alternative energy sources like solar power. In buildings that require retrofitting now, this could help make the upgrades better for the District and residents.

“Take some of the buildings in Southwest, for example, that were built during the 60s and 70s,” Wells said. “It’s time for them to upgrade their HVAC systems. This will give them guaranteed low-cost loans to put in high-energy-efficiency heating and cooling systems.”

Other Bank Examples
In Connecticut the state invests about $35 million annually to its bank, which started in 2011. As of December 2016 the bank had invested more than $1 billion in capital for clean energy funds in the state. The 2016 report also showed a 1:6 ratio for public-private investment in renewable energy projects: for every public $1 invested, $6 of private funding came through. Homeowners, building owners, multifamily complexes, residential contractors, towns and cities, commercial contractors, and capital providers can apply for funds from the bank.

New York State started its bank in 2013 with a $210 million investment with plans to build it up to $1 billion. Projects can include solar, wind, and other renewable energy sources, as well as residential and commercial energy efficiency projects, electricity load reduction, and onsite clean generation projects.

In August 2016 New York announced a $37.5 million deal for solar projects across the state with company Vivint Solar. The total project investment, including private funds, came to about $167 million. Since its inception the bank has committed about $305 million in 18 transactions, resulting in a projected $1.26 billion for clean energy projects.

Mayor Bowser wants to join the two states as a leader in supporting green energy projects. It fits her commitment made at the 2015 Paris Climate Change Agreement to cut emissions 80 percent by 2050 and increase renewable energy and clean transportation options. “By creating a Green Bank, we will create more jobs for DC residents, which will allow us to continue our push for inclusive prosperity,” she said. “We will take an important step toward reaching the sustainability goals set forth in Climate Ready DC.”

The banks in New York and Connecticut have proven successful, and since the District’s biggest energy users are the buildings, Cheh thinks this method could help curb emissions and propel the District toward its goals.

District leaders tried previously to create another way for residents to get support for pursuing green installations like solar, Cheh said, but that fell through. This new proposal from Bowser could encourage residents and developers to pursue green projects, and it would be feasible owing to a fund the DC Council approved in 2016, the REDF. Cheh looks forward to discussing the measure further.