The West Wing of the Smithsonian’s Department of Botany in the National Museum of Natural History houses 4.8 million dried pressed plants, the oldest of which was collected in the 1500s. Capitol Hill resident Alice Tangerini has drawn well over 1,000 of them in her role as the museum’s botanical illustrator. Her illustrations appear in scientific journals published worldwide and may be seen in the Smithsonian’s online Catalog of Botanical Illustrations: http://botany.si.edu/botart/artistGallery.cfm?myArtist=Tangerini,%20A.

Tangerini is the first and only botanical illustrator hired by the Smithsonian. The story of her career is the quintessential example of someone who knew their life’s passion (drawing) from an early age (four) and met an influential mentor (botanist Lyman Smith) while in high school, who eventually hired her (in 1972) for a full-time position she’s held ever since.

If our nation conferred the designation of National Living Treasure, Alice Tangerini would surely qualify. Technically, Tangerini works in an herbarium. Here is a window into that world.

What are Herbaria and Why Are They Important?
Since about 1700, the word herbarium (plural, herbaria) has referred to a collection of dried plants. Not only dried, but also bulkier stems, seeds, and plant parts preserved in liquid. Plants have long been studied for their medicinal properties, though their modern systematic naming and classification began with Carolus Linnaeus (1707-78). Plant science is important to our understanding of the world’s habitat and ecology, including food, forestry, medicine, anthropology, evolution, and climate.

An herbarium can refer to the plant collection itself as well as the building and institution in which it resides. While the Smithsonian’s herbarium is large by any standard, there are thousands of herbaria around the world, many with living collections on the same grounds, such as Harvard’s Arnold Arboretum or the New York Botanical Gardens. They each seem to know the number of plants they house. Tangerini readily listed several American examples, noting their respective collection size. But the Smithsonian houses our national herbarium, which is unique.

Botanical Drawing Styles
As you scan Tangerini drawings online you’ll notice that they are mostly black and white with little shadow. They follow illustrative styles dating back hundreds of years. Stems and some leaves are shown with parallel lines to indicate venation (veins). Hairy plants are drawn with stipples or small dots and specks. The light source is customarily from the upper left-hand corner of the drawing sheet.

These consistent graphic conventions enable specialists all over the world more easily to compare specimens from distant collections; black and white illustrations and line work are also more cost effective to reproduce. “The shape, structure, morphology, and internal parts of the flower are characters of what we’re looking for,” says Tangerini. “Color is less important. So both tradition and economics drive the graphic style.” Last month she gave a lecture and demonstration for the Smithsonian Associates on this topic, “Science as Art: The Beauty of Botanical Illustration.”

When you draw from a pressed dried plant, Tangerini explains, “you must focus on structure, and through your pencil bring it back to life, straightening out folded stems and leaves, bringing back curves and twists, adding a source of light to enliven the surface.”

She tells the story of a day when in high school she went down to the Smithsonian from her Kensington, Md., home to see a venerated botanist, Lyman Smith, friend of a family friend. Smith led her to a drafting table and gave her a pencil with an eraser, a pen and ink, and a piece of Bristol board. Also, as she describes it, “a piece of paper with something brown and dried attached to it which he proudly placed in front of me, saying, ‘This is a new species of bromeliad so you will have to be very careful with it.’ Stunned at the appearance of the shriveled specimen I remained speechless.” Tangerini had assumed she’d be drawing live flowers in a vase.

Smith then gave only the instruction, “I’ll come back at the end of the day to see what you’ve done.”

For six hours the teenaged artist carefully drew this shriveled plant exactly as it appeared. Only later did she learn from Smith how to carefully revive her subjects. After working at the Smithsonian every summer while in college, she received her BFA from Virginia Commonwealth University in 1972 and was hired to work at the museum full-time. Tangerini and Smith’s professional association lasted well after his formal 1974 retirement. For a brief bio of Smith see https://www.pwrc.usgs.gov/resshow/perry/bios/smithlyman.htm.

Drawing Methods Old and New
Tangerini’s office is many stairways and corridors away from any formal public display, along a narrow corridor filled with hundreds of metal lockers housing dried plants. As we enter, she apologizes for “the mess,” but it is immediately clear that this is a space where creativity thrives.

There are three work stations in the office and, on the end, a large west-facing window looking toward the Washington Monument. One work station is a large wooden drawing table perpendicular to the window with sheets of pencil and ink drawings and an organized jumble of art supplies of all kinds to one side. Tangerini works in pencil doing preliminary studies of leaf, flower, seed, and stem, then arranges them for the final composition done in ink on Mylar (a kind of plastic drawing sheet). One plant layout can take a week to complete.

The second work station faces away from the window and is comprised of a microscope with a pair of adjustable LED lights to aim at a small glass dish containing plant material and a special mirror attached on the right side of the device. Tangerini says, “right now I’m doing a layout of pollen grains for somebody.” Her paper sketch to the right of the microscope is done as she looks through the microscope, but what she sees by using the mirror is her paper sketch superimposed over the enlarged image she sees through the microscope. “This was invented by DaVinci,” she explains.

Tangerini’s third work station is an enormous, pressure-sensitive computer monitor by Wacom called a Cintiq. With a special stylus she draws right on the monitor using Adobe Photoshop to create a complex black and white drawing. One advantage of this technology is that it relieves eye strain. The image can be enlarged on the screen to any degree. Some of the drawings are now created in digital form only.

Artistic Triage
Before starting a new project, Tangerini talks with the botanist in whose research paper her illustrations will appear. She needs to know what plant characteristics they are most interested in showing. Botanical nomenclature is a language onto itself with hundreds of words that Tangerini has learned over time like acaulescent (stemless) and anandrous (without stamens).

Every drawing is different, not just because of the plant but also the drawing’s intent. To get onto Tangerini’s to-do list, one must fill out a “Request for Services” explaining what needs illustrating and showing how near publication the academic paper has progressed.

Meanwhile Tangerini works toward cataloging the collection’s botanical artworks in a museum-wide database. As we chat the phone rings; it’s a museum colleague about to retire as a paleoillustrator (someone who draws long-extinct animals). Does Tangerini want to go through her art supplies, she asks? Tangerini replies yes and promises to come right over, explaining to me that she will make good use of this woman’s vintage art supplies.

When federally employed illustrators retire they are not replaced. Tangerini is so engaged and passionate about her work that I don’t even ask if she has any plans to stop. I only wish she had a protege of her own.

Cheryl Corson is a licensed landscape architect and writer practicing on Capitol Hill and beyond. See: www.cherylcorson.com. 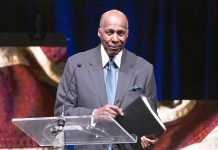 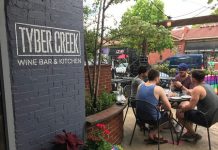 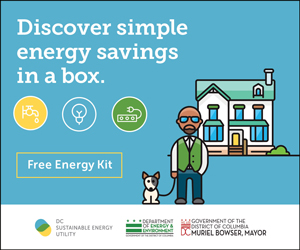 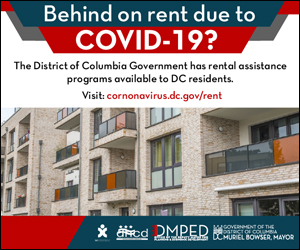 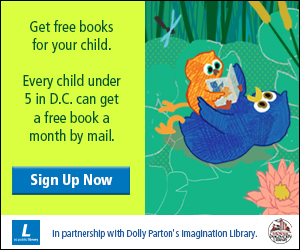 Love and Vigilance: Traveling During COVID-19

Scribblers and Scandals: Journalism in the Movies